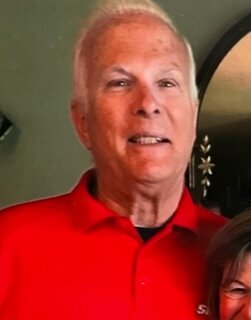 Please share a memory of Victor to include in a keepsake book for family and friends.
View Tribute Book
Victor Joseph Baerlein, 77, passed away after a short illness surrounded by his loving wife and daughters on May 20, 2022. Vic was born on July 27, 1944 in Brooklyn, NY and lived the last 45 years of his life in Stewart Manor, NY. He received his bachelor’s degree from Siena College, where he met lifelong friends and was affectionately nicknamed “Hoover”. Vic couldn’t tell a story about his Siena days without a hearty and resounding laugh, detailing escapades with his closest and best friend, Don Brutnell. He received his master’s degree from St. John’s University and retired after a long career as an Accountant. He was a car aficionado and in his retirement enjoyed daily long drives to the beach where he would walk for miles enjoying the sand and surf. He passionately cheered for the NY Yankees and any team his grandchildren played on or for. Anyone who knew Vic, knew how much he loved and adored his wife, Carol, who he often referred to as his angel or “my bride”. They travelled the world together, having visited over 30 countries. Among their many adventures, they enjoyed cruising on the QE2, going on safari in Africa, cruising the rivers of France and Germany and sampling food and wine across Italy. Vic also loved travelling to Disney World and Vero Beach and sharing these trips with his family. He was always up for a hot dog in Magic Kingdom and no trip was complete without as many rides on Soarin’ as he could get Carol, his children or grandchildren to go on with him. Vic is predeceased by his mother, Cecile and father, Victor and survived by his brothers Joe and Tom and countless relatives and friends. Vic also leaves behind to cherish his memory his adoring wife, Carol; his “favorite girls”, Therese (Terri) Kinsella and Marianne Ytuarte; his son John; and his son-in-law Ted Kinsella who he considered his second son. By far his greatest treasures were his grandchildren, Christopher, Meghan, Ryan, Kaitlyn and Justin. Lovingly referred to as “Fafa”, his grands brought so much joy and happiness to his life. A celebration of his life will be held on Wednesday, May 25, 2022 at Krauss Funeral Home, 1097 Hempstead Turnpike, Franklin Square, NY from 2:00 – 5:00 p.m. Vic loved animals almost as much (if not more than) humans. A donation to your favorite animal shelter or animal rescue organization in his name would honor his lifetime commitment to and the love he had for his dogs. In lieu of flowers, please consider sending a plant Carol can add to her garden in his memory.
To send flowers to the family or plant a tree in memory of Victor Baerlein, please visit Tribute Store
Wednesday
25
May

Share Your Memory of
Victor
Upload Your Memory View All Memories
Be the first to upload a memory!
Share A Memory
Send Flowers
Plant a Tree