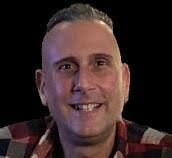 Please share a memory of Joseph to include in a keepsake book for family and friends.
View Tribute Book
Joseph James Ingargiola died unexpectedly on February 23rd, 2022 at the age of 56. Joe is survived by his parents; his wife Katie, his daughters Nicole, Erica, Joele, Angelina, Julianna and son Joseph Jr., granddaughter Ava, his sister Maria and brother Robert. Joe was born in Brooklyn, NY on June 16th, 1965 to Angelo Ingargiola and Barbara Vandina. He was an electrician and spent his life doing the work he loved. On July 18, 2014, he married his soulmate Katie. Joe was a devoted father, husband and friend. He enjoyed spending his time with family and friends, shooting guns, flying drones and cooking. Joe was always the man you could count on, a shoulder to lean on and an ear to listen. He was a man of great talent, he worked with his hands, and whatever his hands touched became beautiful. Joe was always there to lend a helping hand and has touched and guided anyone who crossed his path. He was a man of excellence, hard work, determination, and comical comebacks. Anyone who ever met Joe loved and had great respect for him. Joe always believed family was of great importance. His greatest accomplishment was his five daughters and son. Joe was and always will be forever young. To truly put into words who Joe was is like describing what water tastes like. The impact he left on this world is immeasurable. He will be sorely missed. “In losing him I lost my greatest blessing and comfort, for he was always that for me” Saint Teresa of Ávila
To send flowers to the family or plant a tree in memory of Joseph Ingargiola, please visit Tribute Store
Wednesday
2
March

Share Your Memory of
Joseph
Upload Your Memory View All Memories
Be the first to upload a memory!
Share A Memory
Send Flowers
Plant a Tree